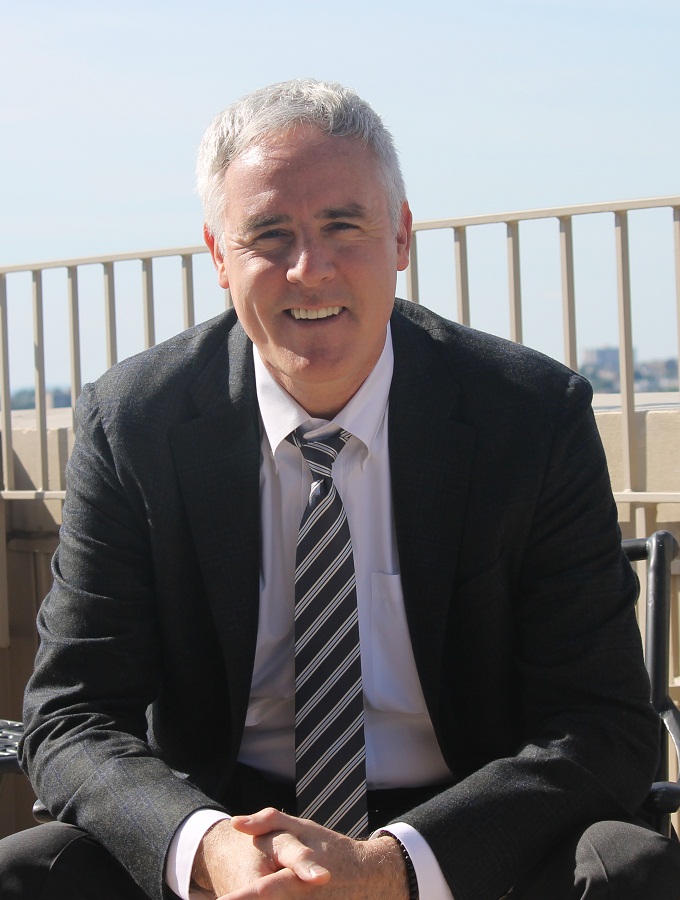 Peter T. Coleman holds a Ph.D. and M.Phil. in Social/Organizational Psychology from Columbia University, and a BA in Communications from The University of Iowa. He is currently Professor of Psychology and Education at Teachers College and The Earth Institute at Columbia, and teaches courses in Conflict Resolution, Social Psychology, and Social Science Research.  Dr. Coleman is Director of the Morton Deutsch International Center for Cooperation and Conflict Resolution (MD-ICCCR) at Teachers College, Columbia University and Executive Director of Columbia University’s Advanced Consortium on Cooperation, Conflict, and Complexity (AC4).

He currently conducts research on optimality of motivational dynamics in conflict, power asymmetries and conflict, intractable conflict, multicultural conflict, justice and conflict, adaptive mediation dynamics, and sustainable peace. In 2003, he became the first recipient of the Early Career Award from the American Psychological Association (APA), Division 48: Society for the Study of Peace, Conflict, and Violence, and in 2015 was awarded the Morton Deutsch Conflict Resolution Award by APA and a Marie Curie Fellowship from The EU. Dr. Coleman edits the award-winning Handbook of Conflict Resolution: Theory and Practice (2000, 2006, 2014) and his other books include The Five Percent: Finding Solutions to Seemingly Impossible Conflicts (2011); Conflict, Justice, and Interdependence: The Legacy of Morton Deutsch(2011), Psychological Components of Sustainable Peace (2012), and Attracted to Conflict: Dynamic Foundations of Destructive Social Relations (2013). His most recent book is Making Conflict Work: Navigating Disagreement Up and Down Your Organization (2014), which won the International Association for Conflict Management (IACM) 2016 Outstanding Book Award.

He has also authored over 100 articles and chapters, is a member of the United Nation Mediation Support Unit’s Academic Advisory Council, is a founding board member of the Leymah Gbowee Peace Foundation USA, and is a New York State certified mediator and experienced consultant. 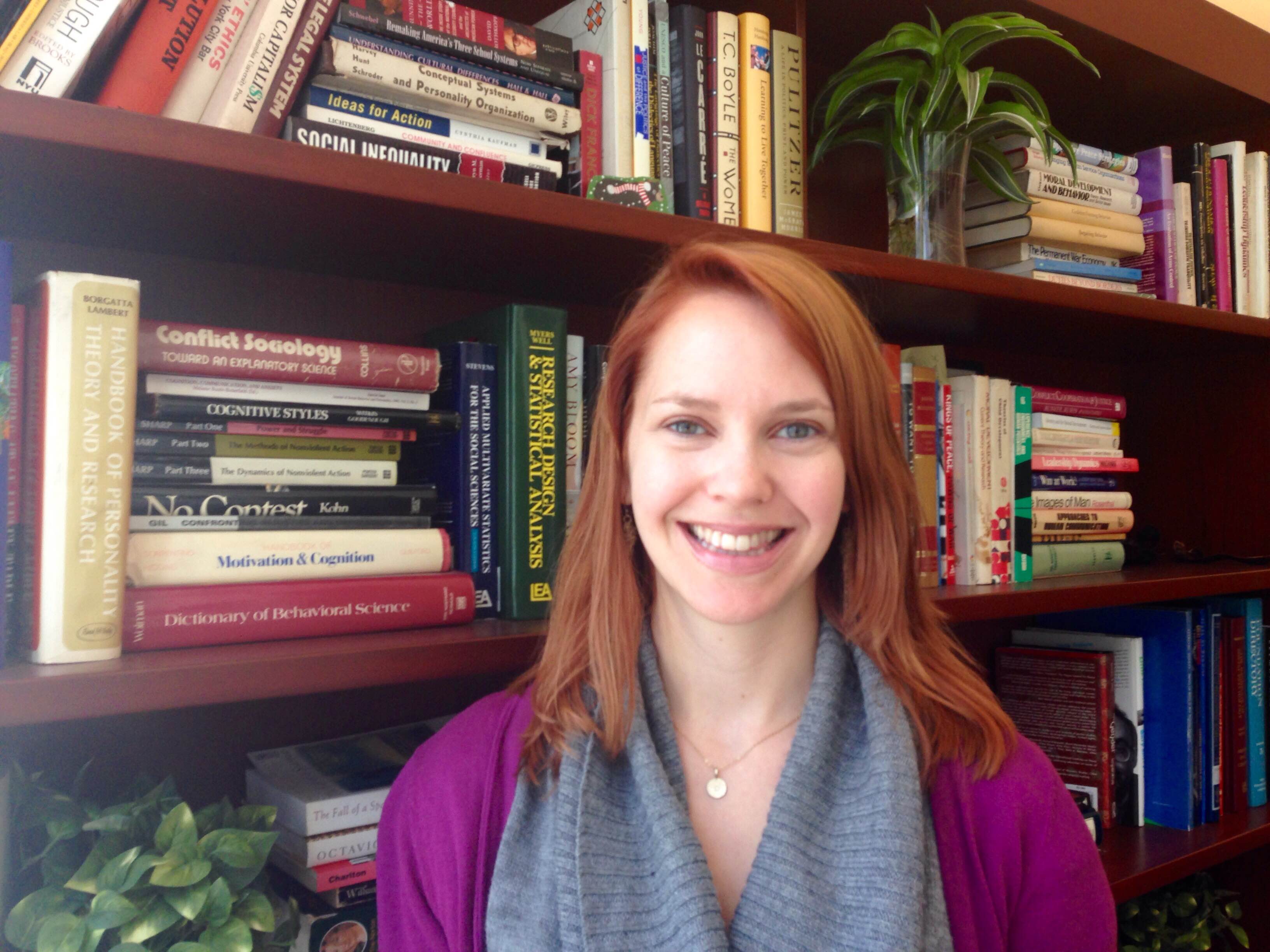 Danielle Coon is the Associate Director of the MD-ICCCR.  With over 10 years’ experience overseeing direct service programs in diverse settings and as an alumna of the Negotiation and Conflict Resolution program at Columbia University, Danielle is dedicated to applying principles of conflict resolution and systemic structural change to all management and project activities.  In her previous roles, she worked with a social service agency managing apartment buildings for low-income senior citizens and led advocacy efforts, education programs and volunteer work groups in Ecuador with the national chapter of Habitat for Humanity. As the Resettlement Manager of the International Rescue Committee’s New York office, she oversaw federally funded case management, employment and wellness programs for newly arrived refugees and asylees.  Immediately prior to joining the MD-ICCCR, she was the director of Project COMMON BOND, a program of Tuesday’s Children, which connected global youth who have experienced direct familial losses due to terrorism, violent extremism or war. Her current research interests are focused on creating a model, and practice elements, that uses constructive multicultural conflict as a lever for positive systemic change. 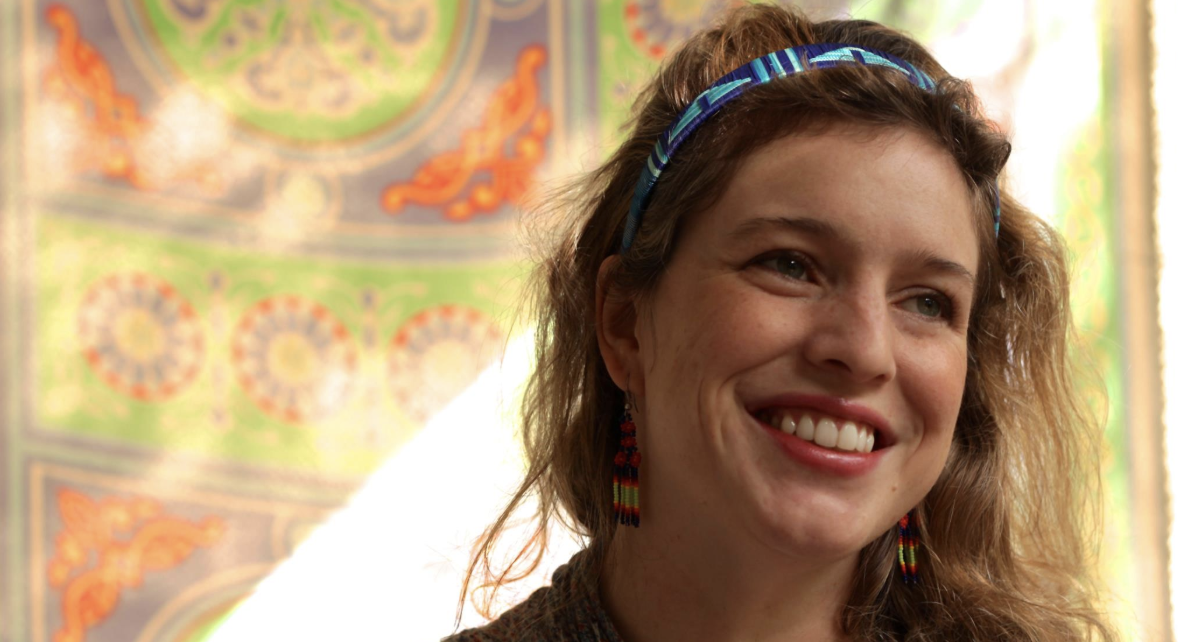 Raphaëlle Ayach is pursuing her MA in Anthropology & Education at Teachers College. She has spent the past 9 years in Egypt where she founded Safarni, an organization that designs and implements multicultural, anti-racist programing for social cohesion between migrants and host communities. Raphaelle is passionate about creating spaces that facilitate intergroup empathy. She is also a documentary filmmaker, a ChangemakerXChange facilitator and an Ashoka Fellow. 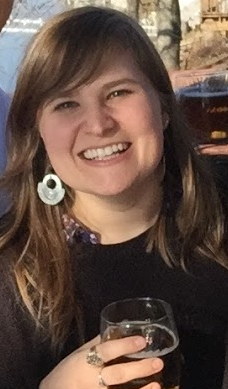 Becca Bass is the Project Administrator at MD-ICCCR. She is currently a MS student in Columbia University’s Negotiation and Conflict Resolution program (NeCR). She graduated from Haverford College with a BA in Psychology and Educational Studies. Her interests include urban public education policy and reform, systemic approaches to sustainable change, social justice, effective collaborative governance, and the relationship between identity and group dynamics. 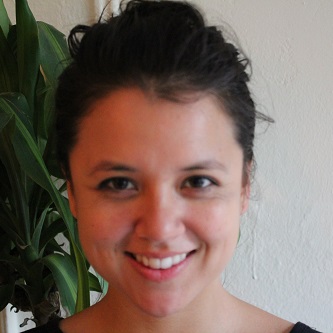 Allegra Chen-Carrel is currently pursuing a PhD in Social Organizational Psychology at Teachers College. She recently completed a masters in Global Thought at Columbia University, and a masters in Immigration Management at the Universitat Pompeu Fabra in Barcelona. Previously, she worked for a community organization connecting low-income New Yorkers to services and for a non-profit in a Haitian batey in the Dominican Republic. She is interested in intercultural communication, social justice, and identity. 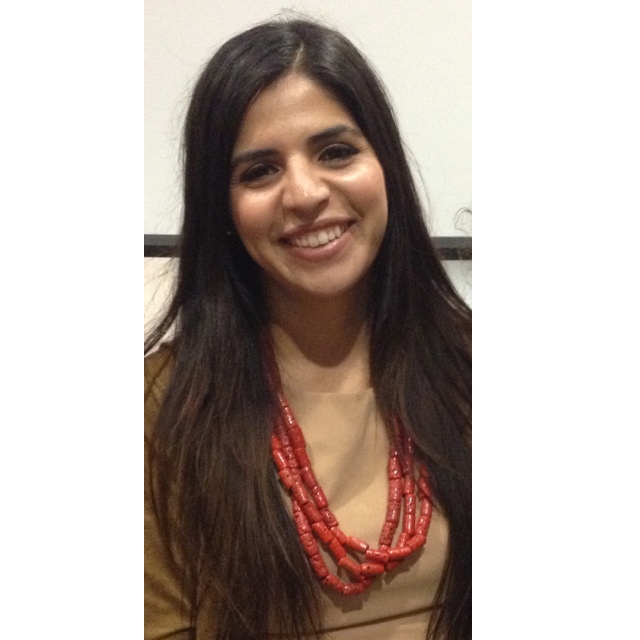 Angelina Dayfallah is the Project Administrator at MD-ICCCR. She is currently a MS student at the Marxe

School of Public and International Affairs where her emphasis is in nonprofit management. She graduated from the University of California, Irvine (UCI) with a BA in Political Science and minored in Conflict Resolution and Middle East Studies. Through her academic coursework and travel to the West Bank, Israel, Jordan, and D.C. for a student diplomacy trip with the Olive Tree Initiative, she obtained the Conflict Analysis and Dispute Resolution Certificate. She is a founder of the Students for Global Peacebuilding and the Peace and Justice Conference through the Center for Citizen Peacebuilding at UCI. Angelina is also a California certified mediator, having worked in both civic engagement organizations and the corporate sector. Her proudest endeavor is the work that she has done through Dr. Bernard LaFayette, in providing workshops on Dr. Martin L. King’s methodology of nonviolence. She is a certified Level II Advanced Kingian Nonviolence trainer through the center for Nonviolence and Peace Studies at the University of Rhode Island. 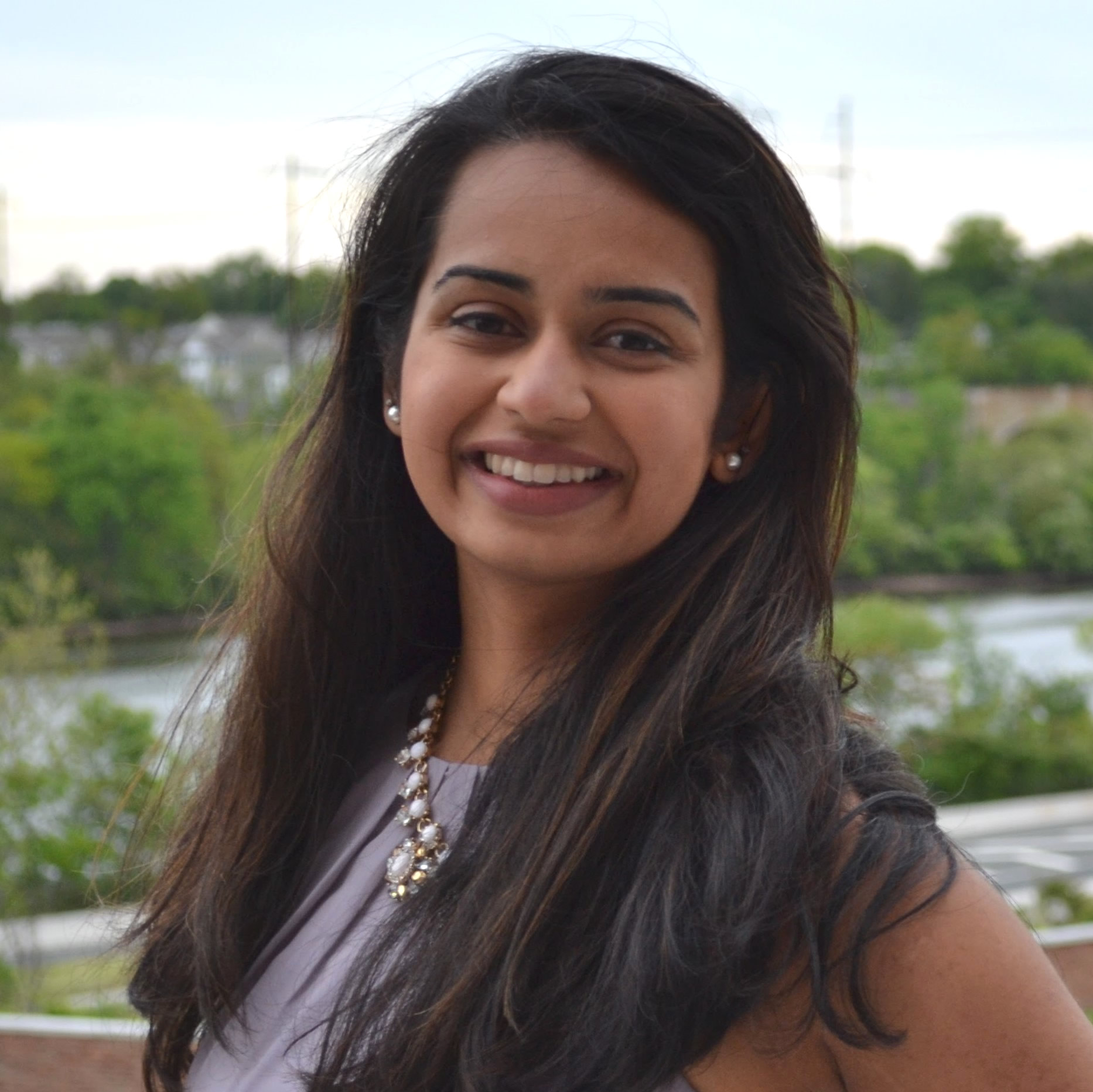 Keerthana Hirudayakanth is the Project Coordinator at MD-ICCCR. Keerthana graduated from Rutgers University with a B.S. in Public Health and minors in Business Administration and Psychology. Her research interests are focused on the intersections of gender, health, and conflict, and implementing systems-based thinking, policy, and partnerships to advance sustainable change. During her time at Rutgers, she led a number of direct service and community development initiatives and conducted research on reproductive care in refugee camps, unpaid care work, and partnership models in women’s health.

Katharina Kugler holds a Ph.D. and a Diplom (combined B.A. and M.A.) in Psychology from the Ludwig-Maximilians-University in Munich, Germany. She is currently a faculty member at the Ludwig-Maximilians-University in Munich. During her graduate studies she studied for one year at Teachers College, holding a Fulbright Scholarship. Later she spent another year and a half at Teachers College to conduct research for her Ph.D and to work as a Research Assistant for Professor Coleman at the MD-ICCCR, holding a Fellowship in Complexity and Conflict from the MD-ICCCR to study at Teachers College. Her research concentrates on conflicts within organizations.

Regina Kim received her bachelor’s degree in Psychology and East Asian Literature from Smith College and a master’s degree in Organizational Psychology from Yonsei University, South Korea. Her past research experiences at intuitions like Children’s Hospital Boston and University of California, San Francisco, in addition to her working experiences as a consultant strengthened her interests in organizational psychology and she completed a doctoral degree in Social-Organizational Psychology at Teachers College, Columbia University. Her research interests include the issues of justice, interpersonal conflicts, stereotypes and culture. 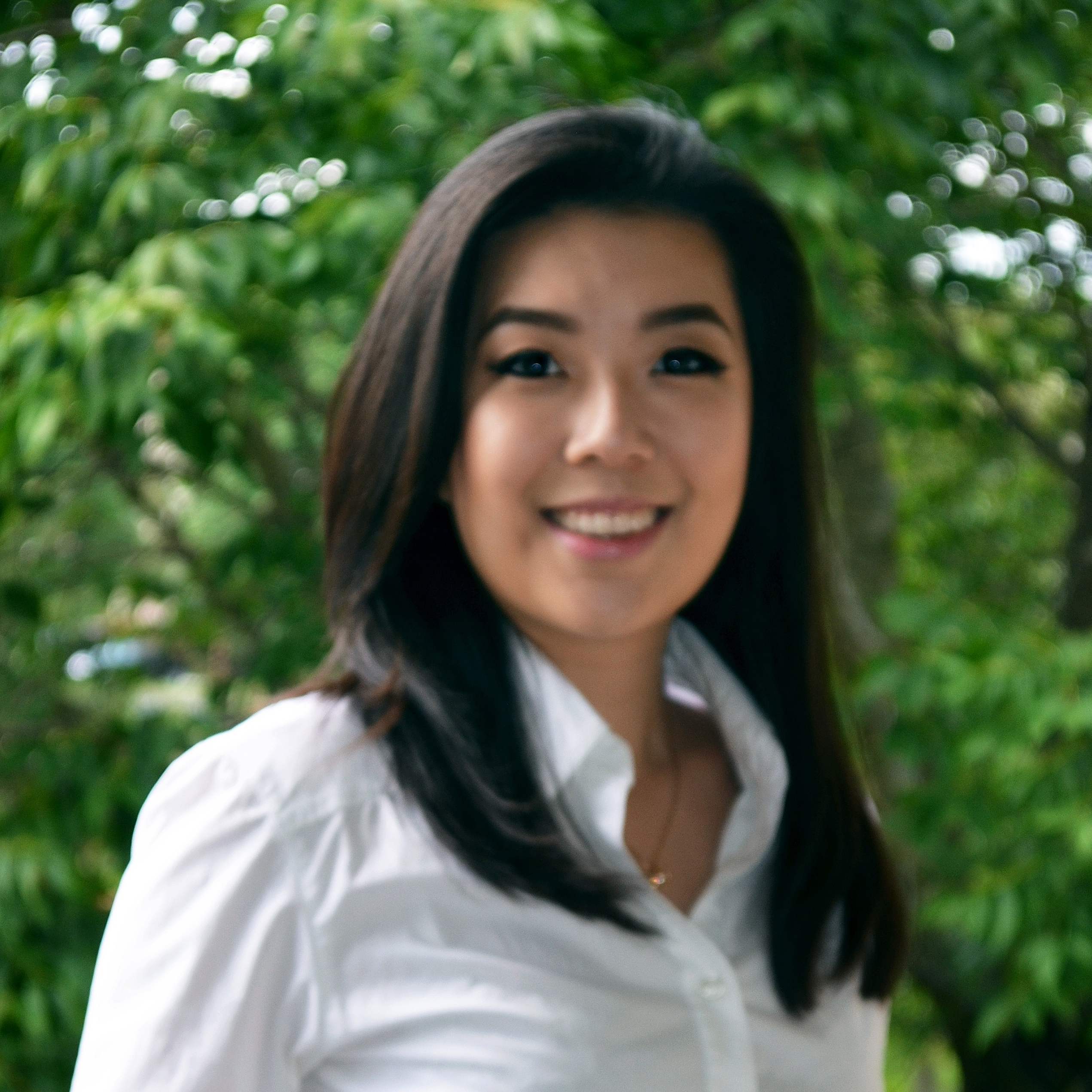 Elisabeth Mah is currently pursuing a PhD in Social Organizational Psychology at Teachers College, Columbia University. Her research interests include cross-cultural dynamics, inter/intra group relations, and cognition within the context of negotiation and conflict resolution processes. She is also interested in the role of the military in diplomatic engagement. Prior to Columbia, Elisabeth served as a research associate at the University of Michigan in Ann Arbor, MI. She holds a B.A. in Psychology and East Asian Studies from Smith College. 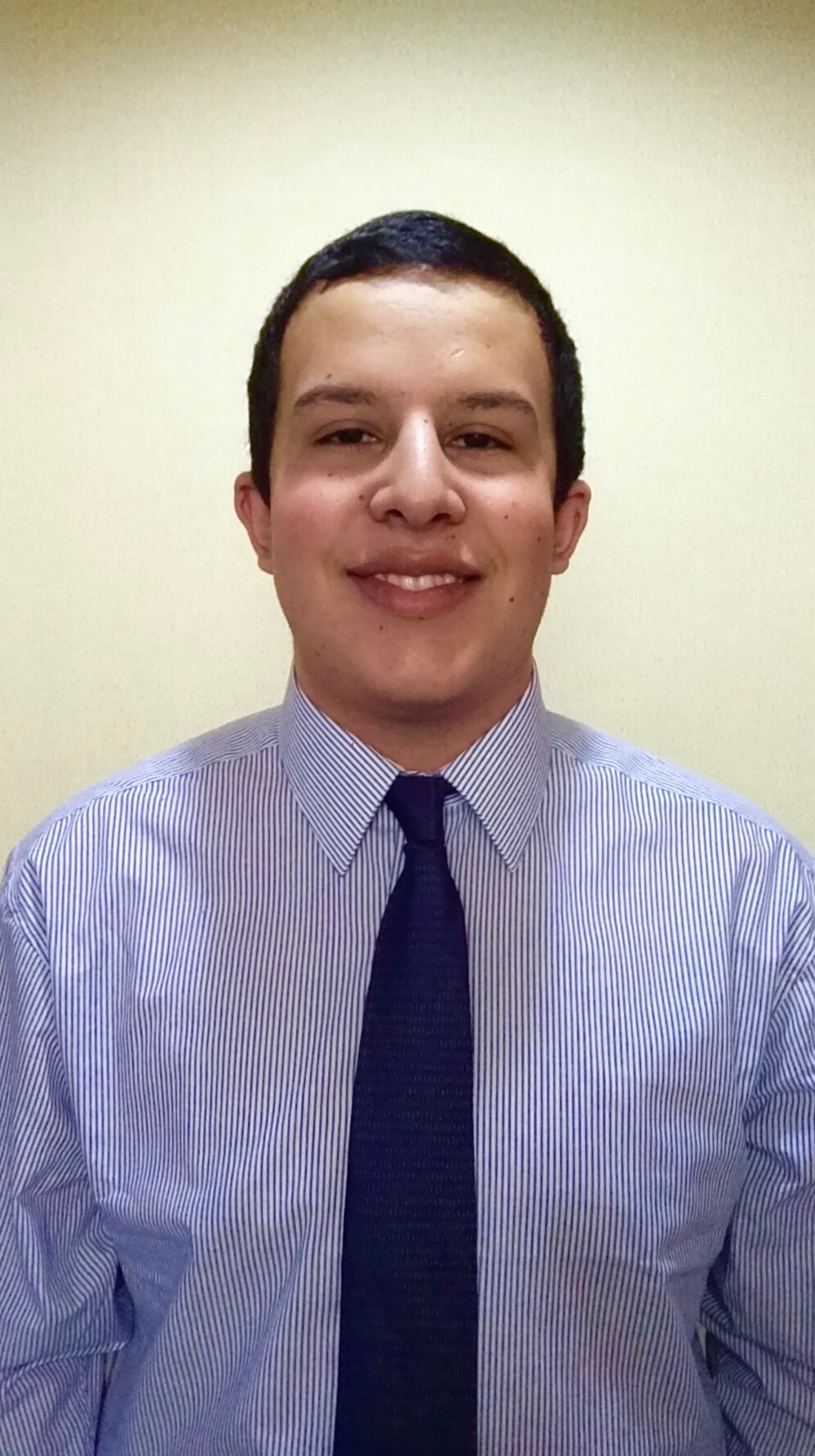 Diego is a student in the Social-Organizational Psychology PhD program at Teachers College, Columbia University. He holds a master’s degree in Counseling and Mental Health Services from the University of Pennsylvania and a bachelor’s degree in Psychology and Latin American Studies from Willamette University. Diego’s main research interests revolve around the study of diversity and multicultural conflict in organizations, intractable conflict, and cooperation and collaboration in organizations. 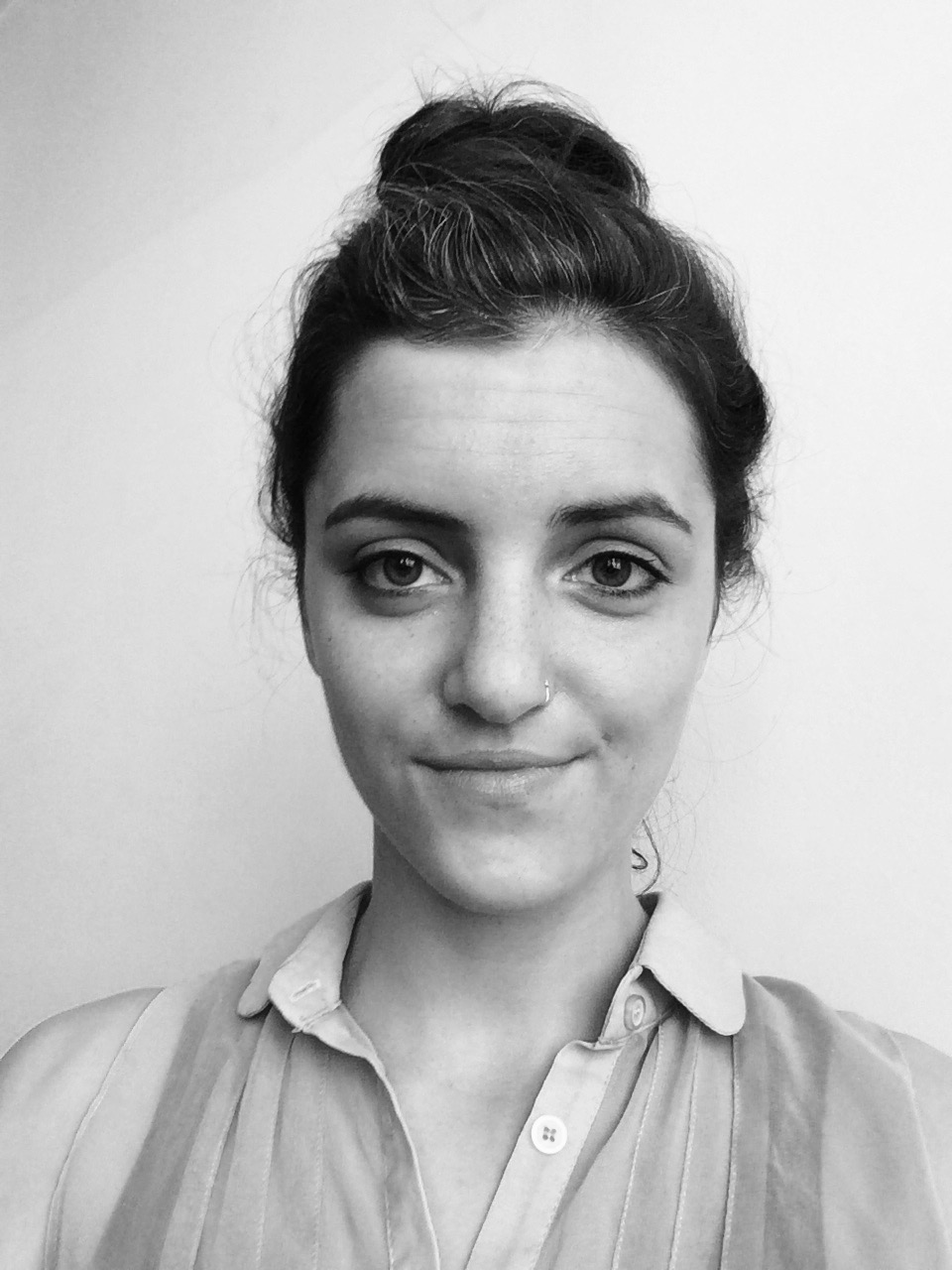 Sofia-Jeanne Roggeveen is currently pursing an M.A. in Social-Organizational Psychology and holds a B.S. in Cognitive Science. Her background is in the technology and nonprofit sectors, interspersed with entrepreneurial endeavors. She is interested in culture and change management on a national level in light of the current socio-political climate, as well as on an organizational level in crafting more effective, diverse, and empowered workplaces. 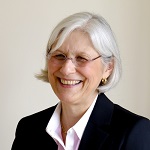 Chris Straw supports applications projects and other initiatives related to the Dynamical Systems Theory at the Advanced Consortium on Cooperation, Conflict and Complexity (AC4).  Her interests lie in considering conflict, cooperation and collaboration through a systems lens, recognizing that history, relationships and dynamics matter. She holds an MS from Columbia University’s program in Negotiation and Conflict Resolution and an MBA from Temple University. She also holds a Certificate in Conflict Resolution Studies from the ICCCR at Teachers College. Chris is an experienced manager, having worked in a variety of positions in the governmental, for-profit and educational sectors. She is also a certified community mediator, mediating community disputes at Community Mediation Services in Queens, NY. 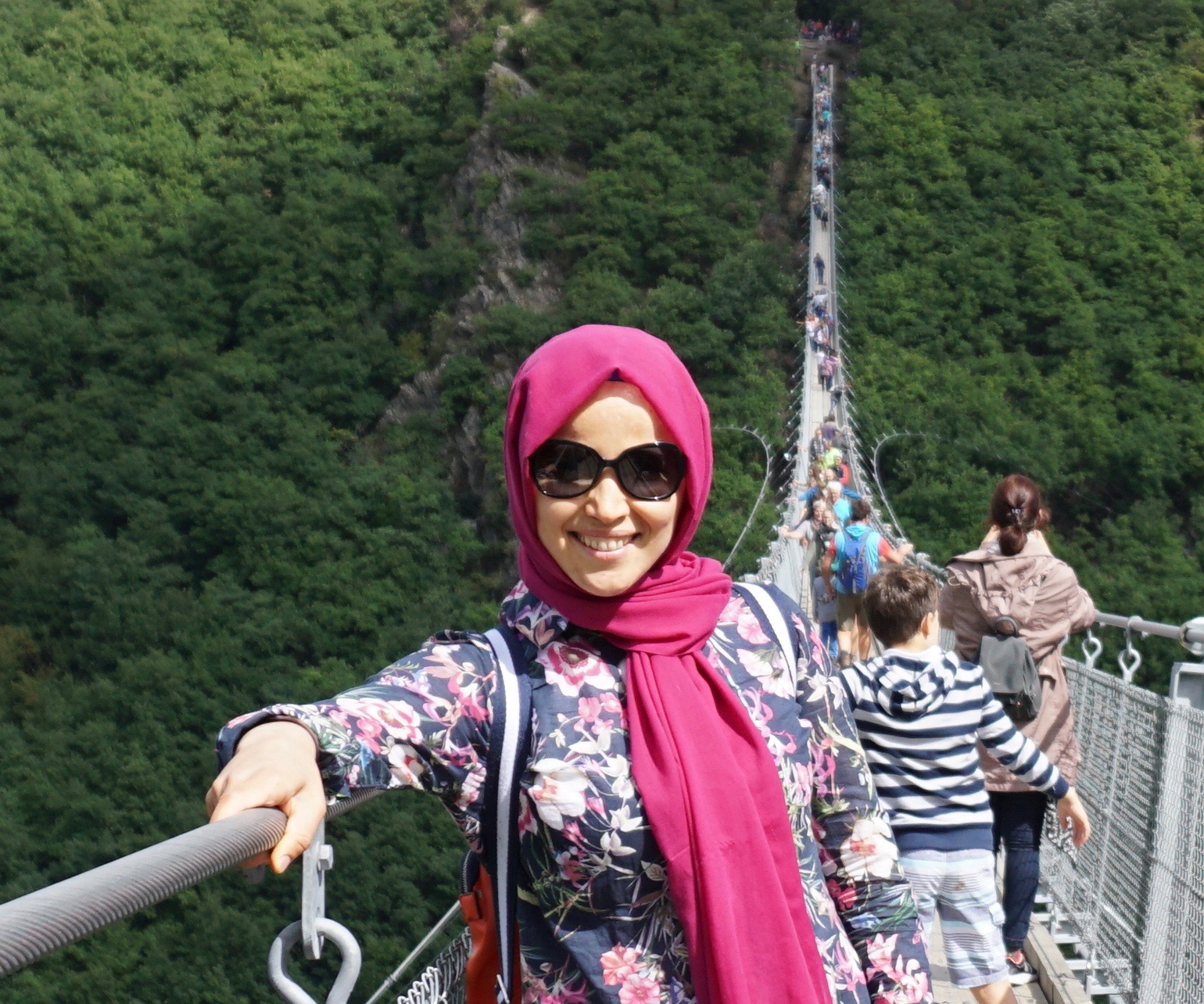 Fatma Susan Tufan is currently pursuing her MA in the Social-Organizational Psychology program at Teachers College, Columbia University, as well as a Certificate in Cooperation and Conflict Resolution from the MD-ICCR. She holds a B.A. in Sociology with a minor in Peace and Justice studies from Moravian College. Her research interests include intra and intergroup conflicts, conflict transformation, intractable conflicts, and sustainable peace. 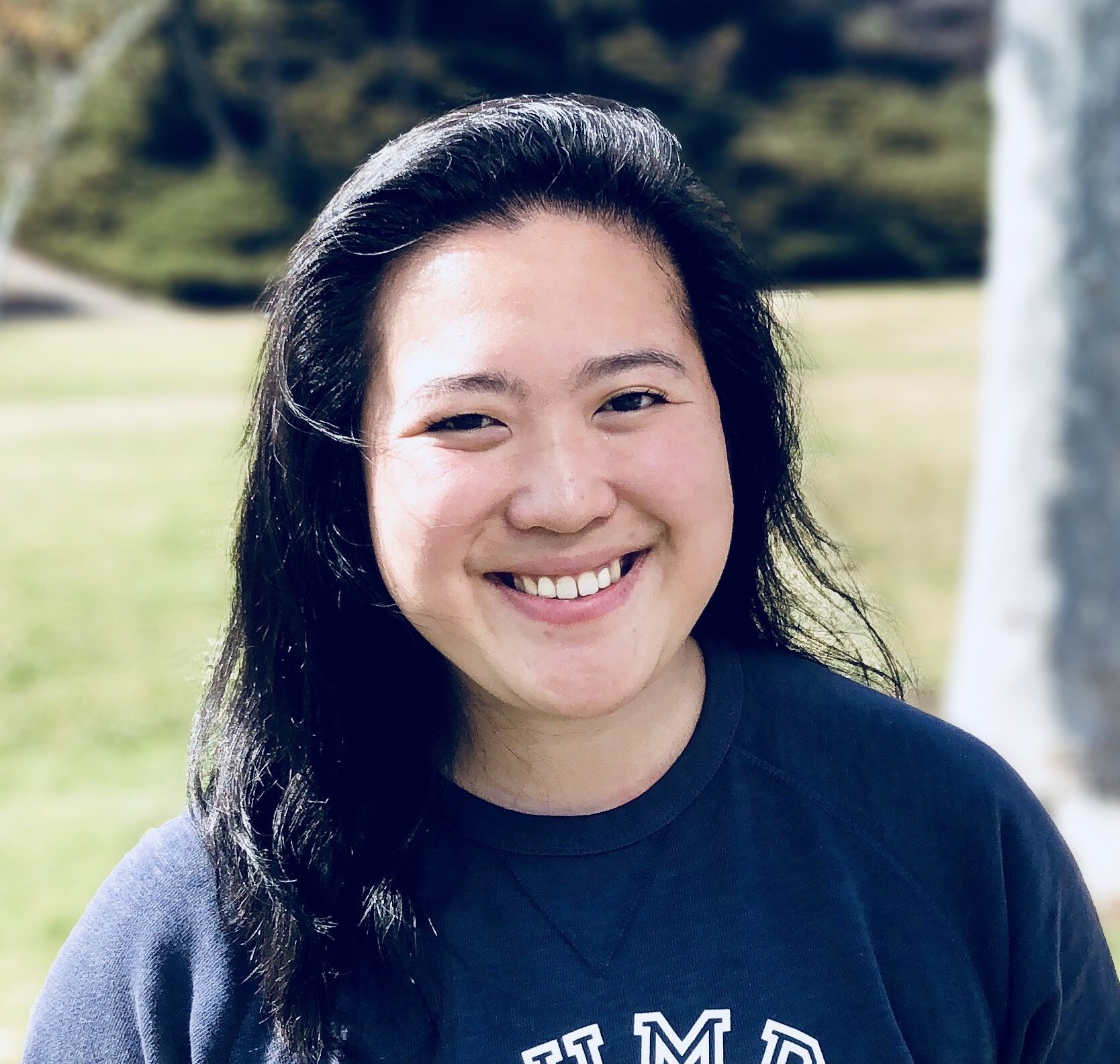 Lea Lynn Yen is a current PhD student in Social-Organizational Psychology at Teachers College, Columbia University. She holds an M.S. in Industrial-Organizational Psychology from San Francisco State University and a B.A. in Cognitive Science from Pomona College. Her research interests include diversity, equity, and inclusion, cross-cultural issues, and performance appraisals and feedback in the workplace. Her work experience includes supporting HR Business Partners as well as Leadership and Learning Development teams.