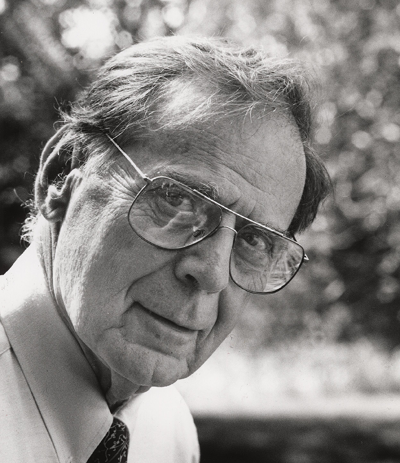 The MD- ICCCR was founded in 1986 under the direction of Professor Emeritus Morton Deutsch, one of the world’s most respected scholars of conflict resolution. Professor Deutsch, an eminent social psychologist, has been widely honored for his scientific contributions involving research on cooperation and competition, social justice, group dynamics, and conflict resolution. He has published extensively and is well known for his pioneering studies in intergroup relations, social conformity, and the social psychology of justice. His books include: Interracial Housing Theories in Social Psychology (1965); The Resolution of Conflict Distributive Justice (1985); and The Handbook of Conflict Resolution: Theory and Practice (2000, 2006). Professor Deutsch’s work has been widely honored by such awards as the Kurt Lewin Memorial Award, the G.W. Allport Prize, the Carl Hovland Memorial Award, the APA Distinguished Scientific Contribution Award, and the Distinguished Research Scientist Award. Dr. Deutsch has also been president of a variety of organizations including the Society for the Psychological Study of Social Issues, the International Society of Political Psychology, and several Divisions of the APA. Morton Deutsch passed in 2017 at the age of 97.

If you are a Columbia Student, Professor, or Staff Member (if you have a UNI), please click here for entry to The Gottesman Library’s Pocket Knowledge Database, where you can access all of Dr. Deutsch’s publications. You can browse alphabetically or by keyword.

If you do not have a Columbia University UNI, please feel free to access some of Dr. Deutsch’s publications directly below. Click the publication title to download a PDF of that article. Please enjoy!

A Critique of Equity Theory

A Framework for Teaching Conflict Resolution in Schools

A Framework for Thinking about Developing a Global Community

A Framework for Thinking about Oppression and its Change

A Personal History of Social Interdependence – Theory, Research, and Practice

A Perspective on Conflict

A Proposal for Research into the Social, Psychological, and Education Effects of Introducing Cooperative Learning Into a School System

A Psychological Approach to International Conflict

A Theoretical Perspective on Conflict and Conflict Resolution

A Theory of Co-operation and Competition

A Theory of Cooperation – Competition and Beyond

A Tribute to Solomon Asch

An Experimental Study of Decision-Making and Marital Discord

An Exploratory Study of Marital Conflict

An Exploratory Study of the Meanings of Injustice and Frustration

Awakening the Sense of Injustice

Commentary – On Negotiating the Non-negotiable

Comments on the Current Status of Social Psychology

Conflict and its Resolution

Conflict Resolution and Cooperative Learning in an Alternative High School

Cooperation and Trust – Some Theoretical Notes

Cooperation, Conflict, and Justice: In Theory and Practice

Council of the Wise Gulf War: Mediation Proposal by Deutsch and Gruber, 1991

Developmental Changes in the Sense of Injustice and Frustration

Differences in Conceptual Structures of Nations: An Exploratory Study

Effects of Strategy and Reward Structure on the Development of Cooperative

Egalitarianism in the Laboratory and at Work

Enthusiasm for the Work

Equality and Economic Efficiency – Is There a Trade-Off?

Equity, Equality, and Meed – What Determines Which Value Will Be Used as the Basis of Distributive Justice?

Factors Influencing the Effectiveness of the Staff Process: A Survey of the Opinions of Experienced Staff Officers

Folie a deuz – A Psychological Perspective on Soviet-American Relations

Friends of the ICCCR – International Center for Cooperation and Conflict Resolution

Goal Orientation, Mode of Payment, and the Distribution of Outcomes in Cooperative Groups

Going Beyond: Beyond Deterrence

Graduate Training of the Problem-Oriented Psychologist

Homans in the Skinner Box

Hope with Optimism: A Commentary on Brewster Smith’s Article

International Encyclopedia of the Social Sciences

Justice Across Cultures: A Three State Model for Intercultural Negotiation

Justice in the Crunch

Leadership in the Small Group

Learning to Cope with Conflict and Violence: How Schools Can Help Youth

Locking-in Effects During a Game of Chicken

Love, Hate, and Other Forms of Intimate Interdependence

Masochism in a Survivor of the Ghetto

Morton Deutsch_Chapter_in Making a Difference: The Greatest Living Behavior and Brain Scientists Talk About Their Most Important Contributions

On Changing an Adversary

On Cursing the Darkness versus Lighting a Candle

On Negotiating the Non-Negotiable

Producing Change in an Adversary

Reactions to Evaluations by Others as Influences by Self-Evaluators

Recurrent Themes in the Study of Social Conflict

Reflections on Some Experimental Studies of Interpersonal Conflict

Research on the Effects of Training in Conflict Resolution and Cooperation

Resolving Conflicts on the Job

Self-Direction in Learning as the Goal of Teaching

Social Discrimination on the Basis of Category Membership

Social Psychology’s Contributions to the Study of Conflict Resolution

Social Relations in the Classroom and Grading Procedures

Socially Relevant Science – Reflections on Some Studies of Interpersonal Conflict

Some Comments on the Current Status of American Social Psychology

Some Guidelines for Developing a Creative Approach to Conflict

Some Possible Applications of Social Psychology to an Operating Company

Some Psychological Aspects of Social Interaction

Strategies of Including Cooperation

Strategies of Including Cooperation: Experimental Studies

Techniques of Inducing Cooperation Between Adversaries

Tendencies to Compete and To Attache as a Function of Inspection, Incentive, and Available Alternatives

The Approach of Gestalt Theory

The Assessment of Conflict Resolution Programs

The Civilized Roots of Human Destructiveness

The Constructive Management of Conflict

The Dimensions of Interpersonal Relationships

The Directions of Behavior: A Field-Theoretical Approach to the Understanding of Inconsistencies

The Effect of Motivational Orientation upon Trust and Suspicion

The Effect of Public Policy in Housing Projects upon Interracial Attitudes

The Effect of Threat upon Interpersonal Bargaining

The Effects of Cooperation and Competition upon Group Process

The Effects of Locking Oneself in During a Game of Chicken

The Effects of Role-reversal During the Discussion of Opposing Viewpoints

The Effects of Victimization on Reactions to Other Victims

The Face of Bargaining

The Interplay Between Internal and External Conflict

The Lessons of the Teachers’ Strike

The Mediation of Inter-Ethnic Conflict

The Pathetic Fallacy – An Observer Error in Social Perception

The Prevention of World Way II – A Psychological Perspective

The Prevention of World War III – A Psychological Perspective

The Psychological Consequences of Different Forms of Social Organization (1987-1989)

The Resolution of Conflict

The Role of Clergy in Divorce: My Exploration Survey

The Role of Theory in Social Psychology

The Social-Psychological Study of Conflict Rejoinder to a Critique

Toward an Understanding of Conflict

Trust, Trustworthiness, and the F Scale

Vietnam and the State of World War III – Some Psychological Parallels

What is Political Psychology

What Would Lewin Think about the Current Status of Social Psychology