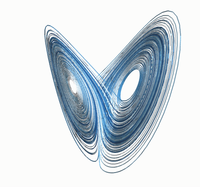 One cutting-edge theory that guides many research projects at the ICCCR is the Attractor Landscape Model (ALM), a theoretical framework within the Dynamical Systems Theory framework. In contrast to traditional problem solving models of conflict, ALM places conflicts with a dynamic field of nonlinear dynamic patterns, self-organization, and reinforcing feedback loops. Using ALM allows researchers to see intractable conflicts as “stuck” in destructive interaction patterns, which resist all attempts to reach resolution. Actions take to disrupt one element of the conflict system are quickly thwarted as other elements of the system act to maintain or reestablish the distractive attractor. From the ALM perspective, disrupting an intractable conflict requires first mapping the dynamic patterns and feedback loops that are currently holding the conflict in its current state while also identifying “actionable hubs” where an intervention could serve to disrupt the attractor. Finally, it is not enough to disrupt the attractor without first identifying latent attractors, which are potential alternative (positive) attractor states. In other words, it is not enough to approach a conflict in terms of reducing the likelihood of war – the involved parties must also act to identify and increase the probabilities for peace.

One in every twenty difficult conflicts ends up not in a calm reconciliation or tolerable standoff but as an acute and lasting antagonism. Such conflicts—the five percent—can be found among the diplomatic and political clashes we read about every day in the newspaper but also, and in a no less damaging and dangerous form, in our private and personal lives, within families, in workplaces, and among neighbors. These self-perpetuating conflicts resist mediation, defy conventional wisdom, and drag on and on, worsening over time. Once we get pulled in, it is nearly impossible to escape. The five percent rule us.

The dynamics of intractable conflicts have been mainly studied in terms of their qualitative changes, escalations and deescalations, stages, and turning points. Recently, scholars have began to describe another central aspect related to conflict dynamics: the degree to which conflict is capable of spreading beyond the original issues and its ability to transform “conflict-free issues” and organize them into the structure of the conflict. This article refers to this phenomenon as “conflict pervasiveness,” and uses the dynamical systems theory framework to offer a systematic conceptualization of it on psychological, social, and structural levels. This article describes some of the key operating mechanisms of the phenomenon, and illustrates it on the 3 levels using interviews, focus groups, journalings, and available interdisciplinary literature reviews. The article concludes by outlining the utilities of the construct for conflict and peace studies, and summarizes some of the main challenges facing us to better understand and measure conflict pervasiveness.

Intractable conflicts are demoralizing. Beyond destabilizing the families, communities, or international regions in which they occur, they tend to perpetuate the very conditions of misery and hate that contributed to them in the first place. Although the common factors and processes associated with intractable conflicts have been identified through research, they represent an embarrassment of riches for theory construction. Thus, the current task in this area is integrating these diverse factors into an account that provides a coherent perspective yet allows for prediction and a basis for conflict resolution in specific conflict settings. We suggest that the perspective of dynamical systems provides such an account. This article outlines the key concepts and hypotheses associated with this approach. It is organized around a set of basic questions concerning in- tractable conflict for which the dynamical perspective offers fresh insight and testable propositions. The questions and answers are intended to provide readers with basic concepts and principles of complexity and dynamical systems that are useful for rethinking the nature of intractable conflict and the means by which such conflict can be transformed.

This book addresses the subject of intractable social conflict from a new vantage point. Here, these types of conflict represent self-organizing phenomena, emerging quite naturally from the ongoing dynamics in human interaction at any scale—from the interpersonal to the international. Using the universal language and computational framework of nonlinear dynamical systems theory in combination with recent insights from social psychology, intractable conflict is understood as a system locked in special attractor states that constrain the thoughts and actions of the parties to the conflict. The emergence and maintenance of attractors for conflict can be described by means of formal models that incorporate the results of computer simulations, experiments, field research, and archival analyses. Multi-disciplinary research reflecting these approaches provides encouraging support for the dynamical systems perspective.

For more information about this project contact Kyong Mazzaro at kmazzaro(at)ei.columbia.edu