In our Dynamical Conversations Lab (DCL), we are investigating the underlying emotional, cognitive and behavioral dynamics of disputants engaged in particularly difficult and divisive conflicts over time.

We have designed a series of studies to test our dynamical model, which takes into account how factors in conflict dynamically change over time and in relation to other contextual factors, by addressing two questions:

In order to study these dynamics under as authentic conditions as possible, participants in our studies engage in discussions over important and potentially intractable moral issues—including the death penalty, abortion, affirmative action, and euthanasia—on which they disagree while their emotional, cognitive and behavioral dynamics are measured and analyzed. 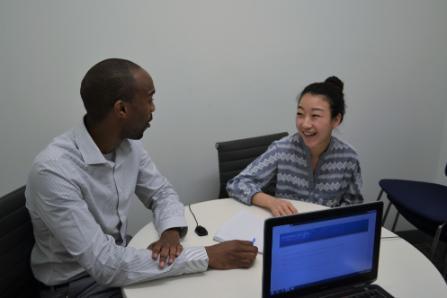 History of the DCL

Started in 2008, the DCL has adapted and is now in its third iteration. From studies of the general population, the focus has narrowed to college campus communities and the issues that affect them. In the Lab’s current format, participants (students, faculty, alumni, and neighbors of Columbia University) with opposing views on a polarized issue are paired into dyads to attempt to reach a consensus statement in 20 minutes. The conversation is held with a facilitator in the room to keep conversations on topic and gather observations on affect throughout the conversations. The conversations are recorded and coded by participants for their positive and negative emotions using Vallacher, Nowak, & Kaufman’s Mouse Paradigm, by moving a computer mouse from left to right to indicate the strength of their emotions. The participants’ integrative complexity is measured by their responses to sentence stems such as “Parents…” and the statement they have written together.

In the first iteration of the study by Kugler, Coleman, & Fuchs (2011), 59 dyads were brought to the lab. Their analysis showed that constructive, rather than destructive, conversations evidenced more balanced (equal ratio of + and – emotions) and positive emotions and more satisfaction with the results of the conversation. Furthermore, those in more constructive conversations were more responsive and adaptive to their partner’s emotional experience and had higher scores of integrative complexity, learned more from the conversation, and were associated with more balance between prosocial and pro-self references during the conversation (I-statements and you-statements).

A further analysis by Kurt, Kugler, Coleman, & Liebovitch (2014) found that a “memory” of the process of the conversation occurs—if a specific behavior is shown, it is more likely to occur again. In other words, prosocial acts in the beginning of a conversation increases the likeliness of it occurring, increasing their chances of producing a joint statement, while pro-self behaviors result in a small likelihood of switching to prosocial acts, lowering their chances of arriving at a consensus. These results show that destructive pro-self acts can perpetuate an intractable conflict, but introducing positive interactions can increase the chances it will show up again in the future. Interventions that take these results into account can focus on creative positive interactions. Create a basketball team from both sides of a conflict, have them both over for a pleasant dinner, or volunteer together.

The current iteration of this study focuses on student conflicts on campus and the effects of integrative complexity.

Please contact us with questions, opportunities to collaborate, and media requests at ICCCR@tc.columbia.edu 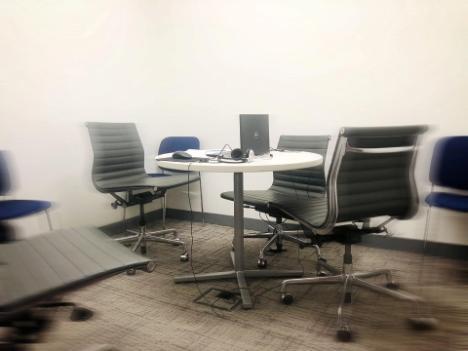