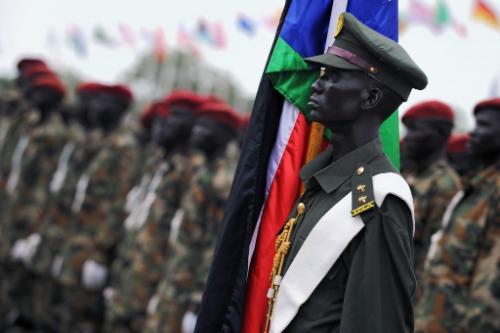 South Sudan has experienced deadly conflict for much of the last five decades. While most attention has focused on South Sudan’s civil war with the now Republic of Sudan to the north, in reality, interrelated conflicts persist in multiple layers of society. Paradoxically, the termination of the war of nationhood activated ‘local conflicts’, which have led to the killing of thousands of people since peace was brokered with the north in 2005. This paper presents an assessment of a ‘typical local conflict’ between two Dinka clans, based on field research in Jonglei State, using a systemic approach to conflict assessment adapted from dynamical systems theory. This approach not only captures the multiple sources and complex temporal dynamics of the conflict, but can also help identify patterns that are central to the conflict that are unrecognisable by other means (Coleman et al. 2007, 2011). The analysis reveals that typical explanations for local violence in post-civil war contexts such as resource and political competition and insecurity are an over-simplification in this context. These factors undoubtedly influence the conflict, but can be better understood as elements of a dynamical system where the probability of violence is strongly influenced by the clans’ competing desire to maximise group pride. The conflict has resisted transformation because traditional ‘pride-sensitive’ conflict mechanisms have become ineffective, while most interventions by state institutions have exacerbated the conflict. These findings reveal an emotional dimension to conflict that might be overlooked in conventional approaches to conflict assessment and peacebuilding, although the case study is not to be generalised to all local conflict in South Sudan.

For more information about this project contact Josefine Roos at josefine.roos@gmail.com